Italian World Cup Winning captain Fabio Cannavaro has stepped down as the coach of the China national team. The 45-year-old tactician revealed this on Chinese social network Weibo and Instagram. 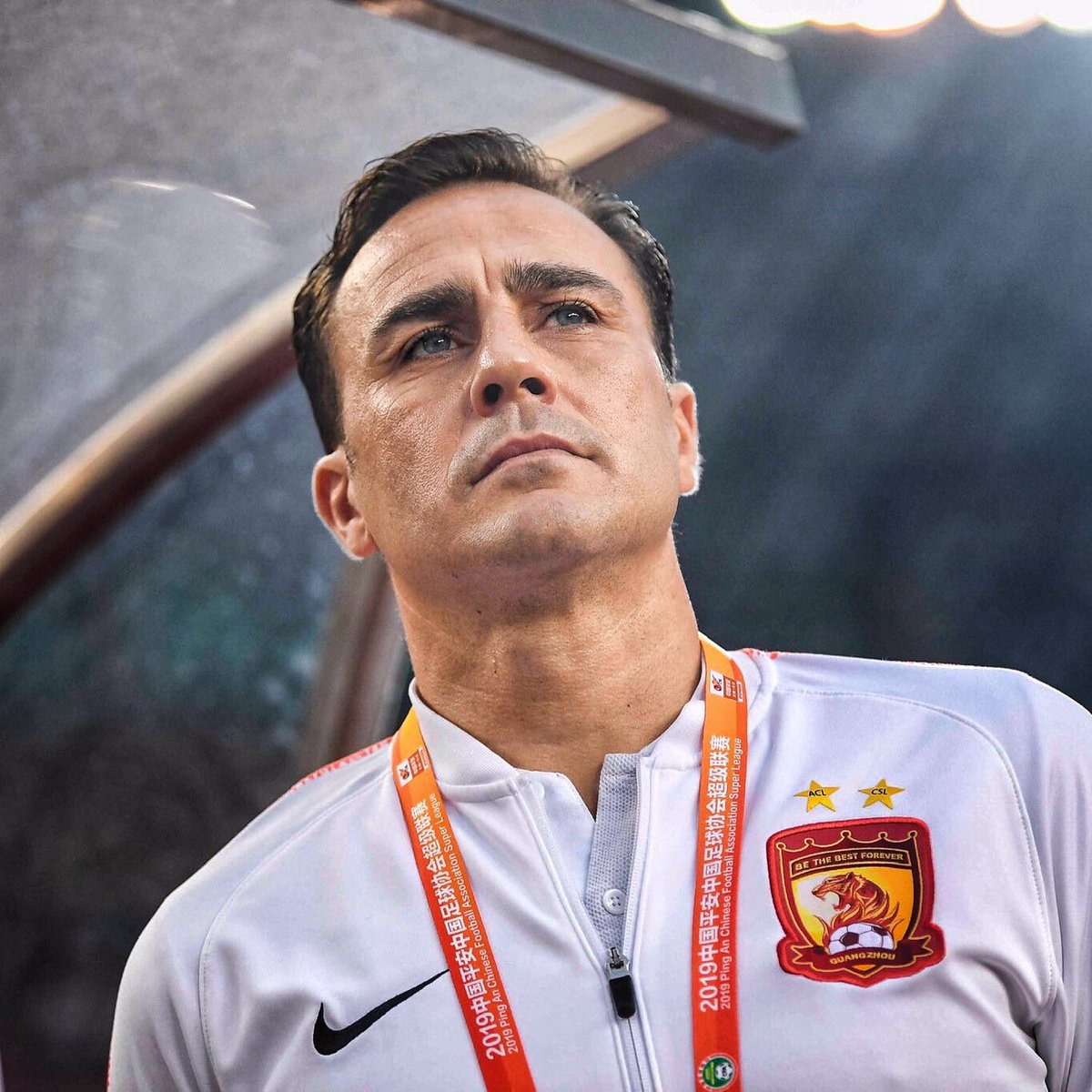 Cannavaro had taking the position of the head coachof the national team after the departure of another Italian legend Marcelo Lippi and took charge for two games.  China lost both games by a solitary goal against Thailand and Uzbekistan.
It is understood that Lippi could be in for a return as the coach of the team. The Italian was believed to have quit his position as he sought a return back home to Italy after spending a considerable spell in China.

The Italian was believed to be in negotiation to return as the technical director of the Chinese team. However, it has been revealed by GazzettaDello Sport that a contract has been offered to the veteran manager to coach the national team.

Former USA manager Jurgen Klinsmann has also been linked to the role amid other local names.

Cannavaro would turn his sights to the Chinese Super League as he seeks to reclaim the title lost to rivals Shangai SIPG last season. Prior to that Guangzhou Evergrande had won the league seven years in a row in what was an unprecedented period of dominance.

The Chinese giants are currently second to capital club Beijing Guoan after seven rounds of action. Cannavaro’s impressive spell in China has seen some clubs in Europe linked to the former Juventus defender ahead of the summer.