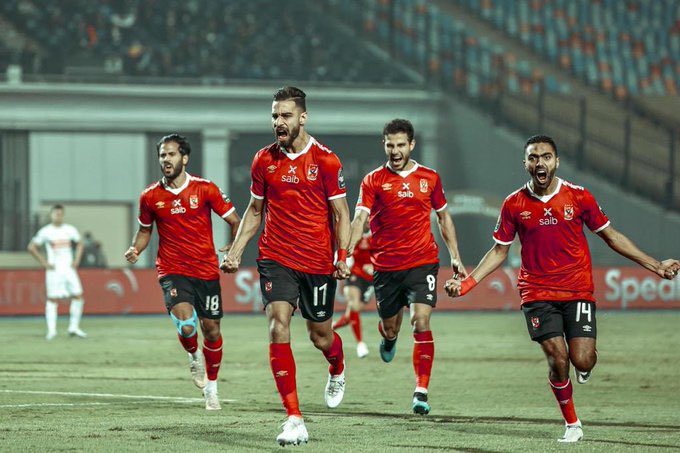 Al Ahlyprevailed at the end of the Champions League final clash billed as the ‘Final of the Century’. The Red Devils as Al Ahly are fondly called were able to clinch a record ninth title with the slender win recorded at the end of the match between the two teams from Cairo. Al Ahly and rivals Zamalek made history as the first Champions League final to be contested by two teams from the same country.
Amr El Soleya gave Al Ahly an early lead as it took the Red Devils just five minutes to make their mark on the game. Shikabala then equalised for Zamalek just after the half hour mark. Al Ahly had to settle for that 1-1 scorelineat the end of first half. Al Ahly scored late in the second half through Mohamed ‘Afsha’ Magdy. Afsha produced a man-of-the-match display against Zamalek to help his team qualify for the Club World Cup tournament in Qatar, which is seen as some sort of dress rehearsal for World Cup 2022 tournament. The Club World Cup normally takes place at the end of the year but the 2020 edition was postponed till this year for CONMEBOL champions, AFC champions and CONCACAF champions to emerge.