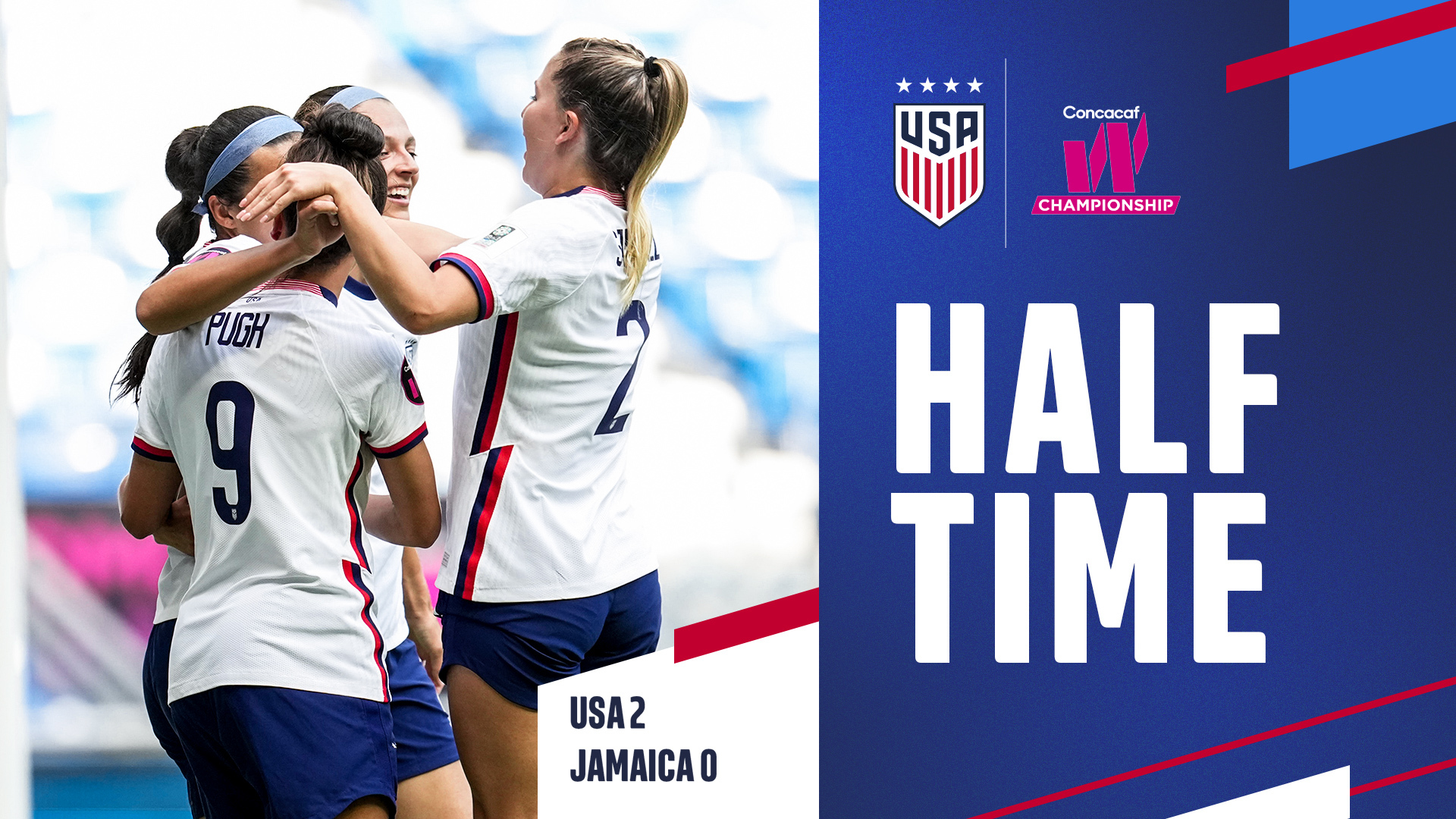 The top two teams in the two four-team W Championship groups automatically qualify. The U.S. leads Group A with six points with a match remaining vs. host Mexico on Monday before the knockout rounds begins. Jamaica and Haiti are tied for second on three points apiece after wins over Mexico, which sits last with no points.

The third-place team in each group heads to an intercontinental playoff for a World Cup bid. If Jamaica and Haiti play to a draw on Monday, Mexico would miss out on next year’s World Cup. The winner of the W Championship also qualifies for the 2024 Summer Olympics. The U.S. had never lost to the Jamaicans in four previous matches, outscoring them 26-0, and Smith made sure there would be no upset as was the case when Jamaica defeated Mexico 1-0 on Monday.

She scored in the fifth and eighth minutes to give her eight goals in 18 international matches. Rose Lavelle extended the lead to 3-0 in the 59th minute. Kristie Mewis added a penalty kick in the 83rd minute for her sixth international goal after Midge Purce drew the foul, and Trinity Rodman made it 5-0 in the 86th for her second goal in five U.S. games.

Smith opened the scoring by taking a pass from Naomi Girma on the right flank. Smith took a touch and moved the ball around a defender before deftly slipping a shot with the outside of her right foot past goalkeeper Rebecca Spencer. Soon after, Smith took an overhead pass from Sofia Huerta and chipped a shot over the charging Spencer.